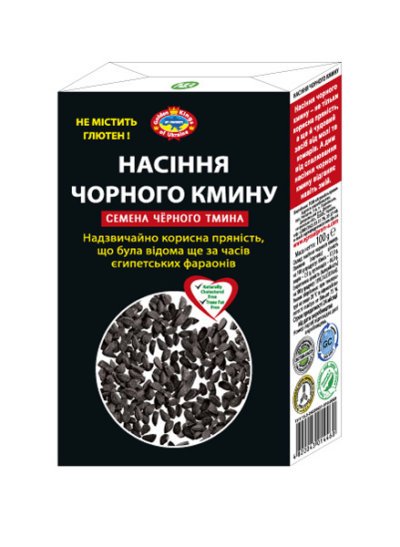 The cuisines of all countries can not do without this fragrant seasoning. Seeds of black cumin have a bitter taste, something like a mixture of nuts and black pepper. Black cumin gives a special flavor to sweet pastries, bread, desserts, salads, drinks, vegetable and meat dishes, soups, marinades, sauces and dressings. Ideally is to combine with potatoes, carrots, rice, beans, rye flour.

Seeds of black cumin – a magical gift of nature! They are not only a wonderful seasoning, but also an amazing remedy possessing the most diverse range of curative and preventive properties that were discovered in ancient times – in the time of Avicenna and Hippocrates. It was believed that the seeds of black cumin help to avoid many diseases and prolong youth. That’s why people in Asia and the Middle East regularly eat them. It is known among the people, the seeds of black cumin are a natural antibiotic.

The cuisines of all countries can not do without this fragrant seasoning. Seeds of black cumin have a bitter taste, something like a mixture of nuts and black pepper. Black cumin gives a special flavor to sweet pastries, bread, desserts, salads, drinks, vegetable and meat dishes, soups, marinades, sauces and dressings. Ideally is to combine with potatoes, carrots, rice, beans, rye flour.

Healers of antiquity believed that the seeds of black cumin healed from almost all diseases.

Seeds of black cumin are useful for breastfeeding mothers as a means of increasing lactation.

Seeds of black cumin have a carminative and laxative properties, because of that they are used for flatulence and constipation.

Seeds of black cumin relieve fatigue, increase immunity, help to remove stones from the kidneys and bladder, relieve pain with rheumatism and gout. They are useful for improving memory (for this 3 grams of seeds are taken daily an hour before meals with a teaspoon of honey).

To remove warts, acne, pigment spots and to stop balding, seeds of black cumin mixed with apple cider vinegar. This mixture is also effective for headaches.

Using seeds of black cumin with an empty stomach can improve the complexion and cleanse the skin.

When the abdomen is swollen, the child is given an enema made of cumin.

With the accumulation of gases and pain in the stomach, use a decoction prepared from the seeds of black cumin with the addition of sugar.

Flatbreads made from the grinded seeds of black cumin, mixed with rye flour and peppermint, relieve inflammation in mastitis, applying them to the chest. The course of such treatment continues for several days.

Seeds of black cumin successfully used for weight loss. They are useful for chewing when an empty stomach.

Seeds of black cumin have diuretic properties and normalize the metabolism, so they contribute to weight loss.

For internal reception, you can use a decoction of the seeds of black cumin: 2 teaspoons of cumin seeds are poured into 500 ml of water, cooked in a water bath for at least 10 minutes, then filter and drink 100 ml for 1 hour before meals 3 times a day.

Seeds of black cumin are used in various recipes of ancient schools of natural medicine. They are grinded and mixed with honey, heated and applied to painful places, used for acupuncture and acupuncture, just chewing, cures many diseases, brew like medicinal tea.

Seeds of black cumin do not irritate the mucous membranes of the stomach, while they have a disinfecting effect and improve digestion.

Seeds of black cumin are an easy tonic, gently relieve fatigue, have an antidepressant effect and increase immunity. They are very useful in the winter and spring seasons.

To remove the stones from the bladder or kidneys give a drink broth from the seeds of black cumin with honey and hot water.

Seeds of black cumin normalize the level of sugar in the blood. Therefore, they are recommended for people with diabetes.

Despite the fact that black cumin is one of the most effective plants, there are contraindications. Seeds of black cumin are undesirable to take during pregnancy, because they contain plant hormones that stimulate labor. Contraindication is also individual intolerance and hypersensitivity.

The content of useful substances in black cumin and its composition

Cumin contains a lot of unusually useful substances for the human body. Among such useful substances are not only fats, and carbohydrates, but also a certain part of proteins, fiber, vitamins, micro- and macroelements. Actually, in particular such composition of cumin causes such an extensive use. In recent studies, scientists found in cumin such components as magnesium, zinc, a certain part of copper, selenium, as well as calcium, potassium, phosphorus, and iron.

In addition, this plant is rich in these and other components that are no less useful to humans. For example, cumin is rich in pyridoxine (or vitamin B6), riboflavin (or vitamin B2), and thiamine (or vitamin B1), choline and the most useful vitamin PP, a substance such as tocopherol, and folic acid (or vitamin B9) . In addition, in black cumin high content of beta-carotene, phylloquinone, carvone, limonene. Well, of course, one can not help saying that the composition of cumin includes manganese, vitamins E, C, and K, as well as coumarin, and the tannins necessary for man.

One hundred grams of this seasoning contains about 66 grams of carbohydrates, about 10 grams of fat and 17 grams of protein, and about 10.5 grams of fiber and sugar. It is important to note that, in addition, the composition of seeds of black cumin has a small fraction of water.

At the same time, the calorie content of cumin is not so small and amounts to about 375 kcal per 100 grams of product. Nevertheless, there is absolutely no need to take into account the calorie content of this fragrant spice. You should agree, that in large quantities no one will use it, because to give a certain dish a strictly specific spicy flavor, a very small amount of cumin seeds will be enough.

On the benefits of black cumin seeds for the human body

Cumin is useful both for adults and for young children, even quite young. So, for example, our grandmothers knew for sure that the most effective most common remedy for colic occurring in infants was a simple infusion of cumin seeds. Moreover, this remedy was also considered as easily accessible as possible. You can also notice that the use of black cumin seeds in this case, a double benefit. After all, black cumin also significantly improves the production of breast milk in most nursing mothers.

A lot of useful properties of black cumin seeds are its unique ability to significantly strengthen the human immune system. Also, cumin seeds can improve the digestive system several times and help people suffering from insomnia. Such properties of cumin are inherent in it due to the content of a huge number of useful essential oils.

Black cumin also helps with respiratory diseases, and with such complications as pneumonia or bronchitis. Essential role played by black cumin in the treatment of tuberculosis, and primarily due to the fact that cumin actively promotes the fastest withdrawal of diluted sputum directly from our respiratory tract.

Black cumin can sure be called a universal medicine, because it has many healing properties and is able to positively influence a variety of biological processes in the body. Black seed has the following effect:

Thanks to this wide range of actions, black seed can be used to prevent and cure many diseases. The seed will help with diseases of the liver, intestines, gallbladder and stomach. Means prepared on its basis, eliminate increased fermentation, bloating and diarrhea, promote the healing of ulcers, improve digestion and assimilation of food. Black cumin allows you to get rid of headaches and joint pain, facilitates the course of colds, removing most of the symptoms accompanying them.

Black cumin also has useful properties, allowing it to be used to treat many skin diseases – eczema, dermatitis, psoriasis, furuncles, ringworm, acne, leukoderma, warts, wounds, etc. It will also be effective for problems with the oral cavity, help cope with gum disease, periodontitis, toothache, stomatitis, etc. Beneficial effect of black seed and on the cardiovascular system – reduces the fragility of capillaries, normalizes the heart rhythm, stops vascular spasm, improves blood circulation, reduces blood pressure, prevents the formation of blood clots. In addition, it helps to reduce the concentration in the blood of sugar, the dissolution of stones in the kidneys, bile and urinary bladder.

Black cumin, the benefit and harm of which has been thoroughly studied by modern scientists, is now used in cosmetology and pharmaceutics for the production of medicines and medicinal ointments. Particularly in demand is oil made from it. On the shelves of stores recently appeared a lot of products containing it in its composition, it and all kinds of shampoos, creams, including wrinkles, balms, etc. Such popularity is not surprising, since black cumin oil, although it acts on the body as well as seeds, but unlike them, has a greater concentration of nutrients, due to which it has a more pronounced effect.

Other products in this category

A mixture of seeds “MEGAMIX”

A mixture of seeds “Health” 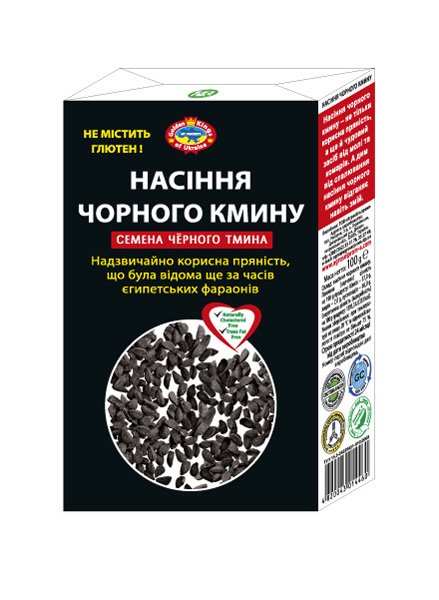 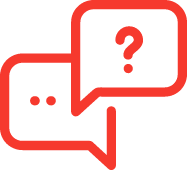